Interview with Sneaky of Fingathing.

on May 11, 2020
Last August, my Cosmic Bro, Dan 'Peter Parker' needed a lift up to Manchester.  We embarked on our journey just as the Lion's Gate was closing - the universe and the butterflies following us each step of the way.  Sneaky was waiting for us and, although I'd never met him before, invited me in like I was one of the family....

Sneaky and Peter Parker make up the hip-hop duo Fingathing, who have been on the scene since the 1990s and have released 4 studio albums and 3 studio EPs.


Simon Houghton AKA Sneaky. I play the bass (upright and electric) and cello. Music is my guiding light. I come from an inherently musical family. Both my parents are Classical musicians/ teachers, and their parents were also professional musicians or artists of some kind. So music is something that I have always felt very strongly within me. Growing up it was always there, in many forms, however, it took me a while to realize that I wanted to pursue music as a career. The music teachers at my school were not good at all so it was always something I did at home and I didn’t connect it to a career path until right at the end of my school days when I suddenly had the realization that music was actually my true passion. I studied music at college then University level and became a gigging musician from the age of 19 playing in a range of bands. My main instrument was the Double Bass and due to that leaned hard towards Jazz. There was a shortage of good bass players so I quickly became an in-demand player on the North West circuit for many years... My main band project over the years has been with hip-hop/nujazz band FINGATHING... This is turning into a full biography so I shall skip forward to 2020 ...if you want to find out more about my projects and discography you can check my website. I am now 45 (almost) living in Berlin, Germany working as a freelance musician, producer, DJ, and teacher.
Who or what inspires you?

Honesty and Nature..... This is endless... magic, humour, horror, death, cycles of life, and the changing, evolving patterns thereof. People are of course part of this. There is always something to be learned and gained from every situation if you can let it. Inspiration is a powerful word... “To be given breath” by something or body... I try to not use that word likely since I understood that meaning. However, more and more these days I am able to look around with a growing naive fascination and curiosity similar to when I was a kid... Ongoing exercises in letting go and being as present as possible... this is my inspiration.


What challenges do you face?

Keeping afloat (looking after myself, rent and bills) is I suppose my main cause for worry and stress. Never having any financial security and feeling the constant struggle to make ends meet. This is no new thing to me now so I have learned to deal with this and not worry (so much) when times are hard and to have faith that with a good work ethic and a forward motion things will always change and opportunities will arise. Worrying only paralyzes... It has taken me a long time to work on this, and it is still a constant battle of sorts.

What has been the highlight of your career so far?

Oh, I really couldn't say. I love what I do so for me playing live and making music satisfies me completely... I have had many amazing moments performing with fantastic people on stage and off. Sorry, that sounds like a bit of a cop-out but no one thing stands out for me. Maybe if you ask me tomorrow I would have another answer.

I hope that we can make live concerts again in the short term..... and on a bigger scale, I hope that we can reconnect our species with nature. We are currently in a very interesting time where it looks like we are entering the ultimate dystopian sci-fi movie ever! I am ultimately optimistic and believe in the good nature of humans but we need to wake up en masse... There is so much ignorance and blind following of old systems and socially controlled channels. The majority of the population have seemingly lost the ability to think for themselves...This is quite worrying. My dream is that we can unlock the unified power in everything by the understanding of patterns, frequencies, and networks provided by mother nature :) 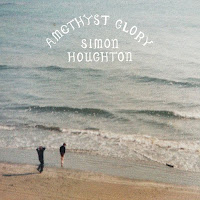 To find out more about Sneaky and Fingathing...