Today I talk to Paul Broome who heads up the Die Das Der label in Birmingham and also plays in The Fauxchisels and Faux-gazi (A tribute to punk legends Fugazi).  We talk parenting for punks, what constitutes success, and the soul-sucking day job!! 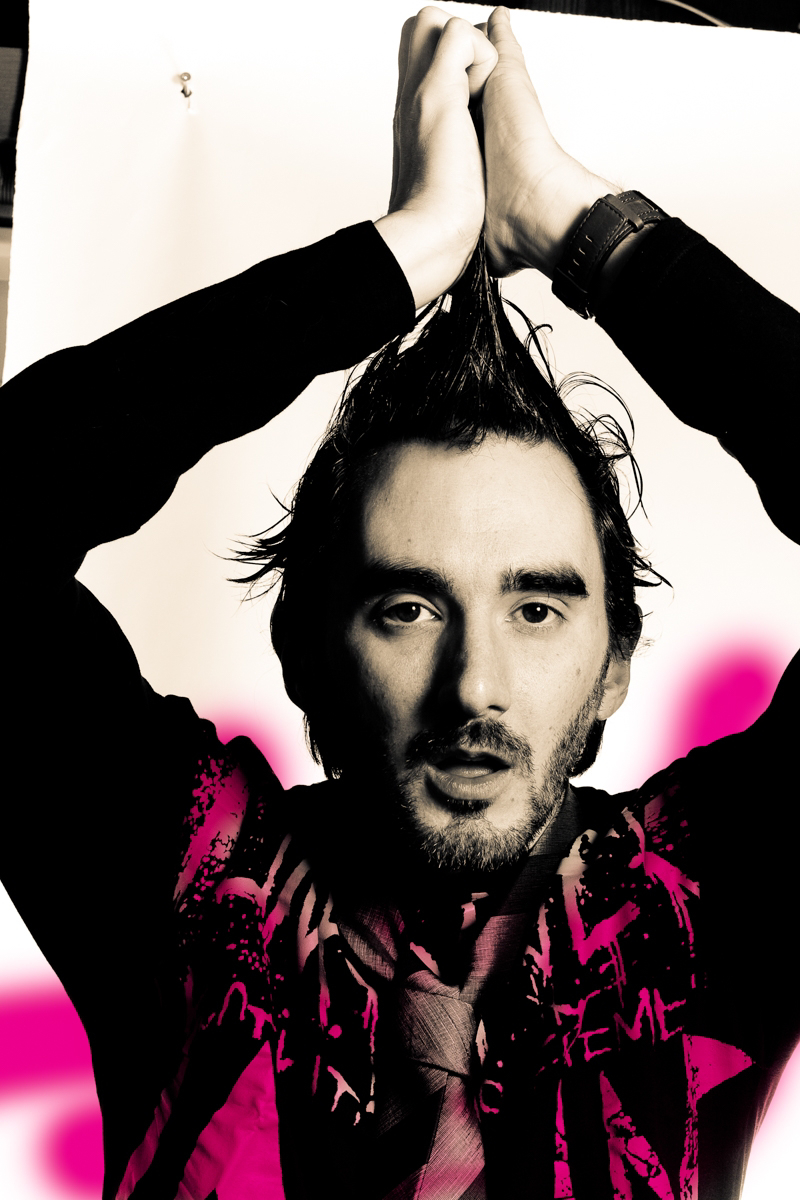 I’m Paul. When I’m not doing the day job, or being a dad or husband, then I sing and play guitar in the post-punk band Fauxchisels, and in Faux-gazi (our Fugazi tribute band). I also work with a few friends in Birmingham under the DIE DAS DER guise – releasing music and organising gigs. I also used to make a lot of music videos for local bands, but don’t really have the time any more…

Other than my wife and son, a wide range of people. I’m very into film and literature as well as music – am a big fan of the work of David Lynch, Werner Herzog, Andrei Torkovsky, John Carpenter… And I read a lot of Samuel Beckett. Probably more than I should – but I find it inspiring, lyrically. My musical heroes are really hard to pin down, but a small selection would be: Kristin Hersh, Jello Biafra, Mark Arm, Julian Cope, Tom Waits, Rowland S Howard and Miles Davis (musically. He was a bit too misanthropic to be a hero as a person).

But actually, I’m generally more inspired by my friends who make music – it was a couple of local friends and musicians who encouraged me to start Fauxchisels: Stuart from the band Matters (and formerly Them Wolves), and Graham from Wax Futures (and Faux-Gazi). I owe them a lot for showing me that, actually, I could do this. My bandmates also inspire me on a regular basis.
And nature.

4.     What has been the highlight of your career so far?

Musically, the most fun was playing the Faux-gazi set to a packed house at last year’s Yr Welcome. It’s much more fun playing songs that everyone knows, loves, and sings along to!
With my own band, supporting A Place To Bury Strangers was a highlight – especially finding out what nice and supportive guys they were after the gig. Always a pleasant surprise when your heroes turn out to be regular people.

Get into the studio, record the second album, and sell all of the copies that our label presses on vinyl before release...

Die Das Der is an awesome underground label, fuelled with the DIY punk ethos and community spirit.  They host events throughout the year at Muthers Studio in Digbeth and their event, Yr Welcome, which normally runs in September is a great day out for the punk fan.  A full review of the 2019 event can be found in Marina is Red Zine #002.

You can find out more about Paul's band Fauxchisels and his label Die Das Der at the following links!
https://fauxchisels.bandcamp.com/

Here's some of his music!!