on February 14, 2019
Legendary Spanish rock band Hora Zulu have released their new song: La voz del amo, the first single off their forthcoming album which will be released on the 15th February 2019. Hora Zulu  formed back in 2000 in Granada, Spain and have big successes over the years, particularly 'Mis barraqueras', the single off their 2012 album, 'Siempre soñé saber sobre nadie negó nunca nada'. 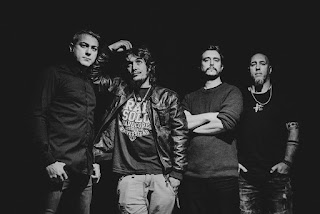 They are: Vocals, Aitor Velázquez Guitar, Paco Luque Bass, Álex Bedmar Drums, Javi Cordovilla They regularly feature high up on the bill at the prominent rock and metal festivals throughout Spain and played a blinding set at La Viña Rock on the 29th April last Spring. La Voz del Amo will be their fifth studio album and will be presented during their tour starting on the 23rd of February in Murcia later moving to Ponferrada, Madrid, and Valencia's Rock City. Their particular style incorporates heavy riffs, driving drum sounds, and deep, hard vocals. A metal band with their Andalusian roots hinted at in the rhythms and riffs, they create a unique and infectious style. All in all very cool. Check out their new single:
www.horazulu.com
Releases Spanish Music