on May 15, 2018
Currently working on their second album, Galician rock band 'Mar de Fondo' bows to the international greats like Audioslave and Velvet Revolver, while staying true to their Galician roots. I spoke to Jesus Suarez, lead singer and composer about dreaming, creating music, making things happen and seeing aspirations come true. Galicia, in the north-west corner of the Spanish peninsula, is famed for its rugged and harsh coastline, its Celtic routes and its pride in its own language which defines its culture away from the rest of Spain. And in that corner of Spain, we find the band 'Mar de Fondo'. Jesus Suarez spent many years in his own 'thinking corner', creating music which just ended up tucked away in the bottom drawer. "I believe that there are so many feeling that can't be explained with words and for this reason, we have music," Jesus told me. "That's why we make music [...] its an outlet in this world that takes you away from your fears, from injustice and from sadness" 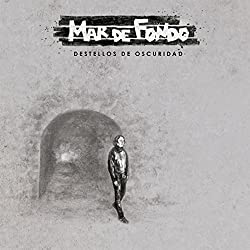 Jesus never gave up on his dream of getting his music heard and signed up for some vocal training classes at a local music school. There he met Iago Blanco (Percussion) and Miguel Thomas (Guitar) and have since added Daniel G. Artes (Keyboards), Alex Rapitis (Bass) and Ivan Mosquera (Guitar) to the line-up. From then on everything changed. Faithful to his Galician roots, Jesus had written an idea for an unofficial anthem for his local football team RC Deportivo de La Coruña and he presented it to the other members of the group. It went viral. Within 24 hours of its release on social networking sites, it accumulated over 25000 views. Dreams were beginning to come true and Jesus finally felt part of the world of music. His contribution was there and being heard. Since then the band has gone from strength to strength. Last July (2017) they played a spectacular gig at A Coruña as a part of the summer solstice celebrations (known as the 'Noche de San Juan' in Spain). Not only was it "an honour and a privilege to support a band as well known as 'Muchachito Bombo Inferno', but it also took place right on Riazor beach, which made the concert magical," Jesus told me. They keep true to their philosophy that "you never know what can happen so play each concert as though it was your last."

Their video for the song 'Mar de Fondo' from their first album 'Destellos de Oscuridad' is available on YouTube. A song which again encapsulates the band's proximity to the sea, with a wave-like rhythm that builds just like a swell, mellow and acoustic at first rising to heavy distorted guitars and drums that crash rhythmically like the waves against the Galician 'costa da morte', or the coast of death. In fact, 'Mar de Fondo' could be translated as the technical term for a swell, but also gives a contextual connotation of the sea always being there in the background. Jesus told me that he is very influenced by the Spanish rock scene and groups like 'Heroes del Silencio', 'Marea', 'Extremoduro', for example, but that he takes great inspiration from the late Chris Cornell, vocalist and composer for 1990s Seattle grunge band Soundgarden and who later fronted Audioslave. All of these influences come through in the song and the video shows the importance of the sea in the musical creative process. "The compositions for Mar de Fondo come in very different ways, I take inspirations from day to day situations, from thoughts and experiences that become lyrics and from there we construct melodies that bring together our styles and, above all, fuse well with the lyrics and the message of the song so everything becomes one thing," Jesus told me. The rest of the band has an outstanding curriculum. Keyboardist Daniel holds a degree in composition and professional gradings in the piano from A Coruña music school and has also played in Galicia's symphony orchestra. Drummer Iago has over 20 years experience in the world of music and runs Drum&Roll studios as well as being involved in many other musical projects. Most of the band members have completed the 'Rock School' programme to the highest achievement of Grade 8 and all of the musicians live and breathe the music industry, having undertaken many projects including writing music for video games, playing and working with other bands like 'Shine', 'Twin Flanes' and 'Doctor Buenas Gracias', amongst many others. I'll leave you with the aforementioned video clip which won the 2015 award for the 'Best Music Video' at the International Spring Film Festival (Festival Internacional Primaveira do cine 2015) and don't forget to keep an eye out for their second album, which will be available this April. Follow them on Twitter or on Facebook. Thank you to 'Mar de Fondo' for speaking to me and answering some further questions that will form a part of my research into the Spanish Music Industry for my dissertation at Chester University. If you would like to add your opinion to my research and get your band to be featured, contact me. Keep reading, keep sharing, keep listening - loud. Stephanie (C) Stephanie Burgess-Arteaga