5 Spanish Bands: If you're learning Spanish

on May 15, 2018
One of the best ways to learn a language is through music, everyone agrees. Not only do you hear the language spoken by a native speaker, but also, the repetition means that you soon find yourself singing along, even if it's just to the chorus. So, whether you're taking your GCSE's, A-Levels, CEFR Exams, already at university or just starting out with the language, then these are essential listens for your playlist. If you are learning Spanish, then listening to these five bands will give your language skills a great boost.

Chambao's flamenco melodies, mixed with electro-chill have a real feel of the South of Spain. The band is from the Andalucian coastal city, Malaga and their lyrics often deal with political issues, such as immigration in Papeles Mojados, or the legalisation of marijuana for medicinal purposes in Mi Primo Juan. Their songs are a great for learning new vocabulary associated with the political issues. Find my accompanying exercises on the TES.

La Oreja de Van Gogh is from the city of Donostia-San Sebastian in the north of Spain and the band name translates to Van Gogh's Ear, referencing the Dutch painter who cut off his ear. The lead vocals are very clear in all of the tracks and make it easy for the learner to understand. Less political than bands like Chambao (above), their songs mainly deal with love, relationships and friendships. Some of the narratives in the songs make them perfect for practising verb tenses and their song Soledad, can help demonstrate the difference, for example, between the imperfect past and the preterite (historical past). Find my exercises on the TES. 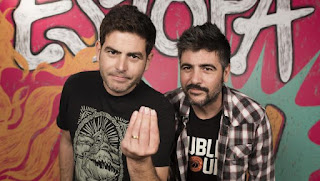 Brothers Jose and David make up the songwriting team that is Estopa. Their style of music is known as Rumba Rock, where they combine the sounds of the 1970's Rumba bands, like Los Chichos, with a more contemporary feel. Since 1999 they have released nine studio albums and have become one of the biggest selling Spanish language artists of all time. Their parents were from Extremadura, but they moved to Barcelona to find work and the boys grew up on the outskirts of the city. Before hitting the big times, they both worked in the SEAT factory manufacturing car parts. Many of their songs are reflective of day to day life. Their lyrics are fantastic for learning Spanish expressions and colloquialisms. The video clip, from their song Partiendo la Pana, sees them telling the story of a bar fight using many, many of these colloquialisms. See how many you can spot and then try the exercises. Find my exercises on the TES. 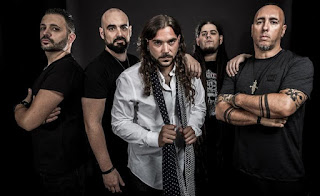 Fausto Taranto are from the beautiful city of Granada in Andalucia, in the south of Spain and are currently playing gigs throughout Spain to promote their album, El Reflejo del Espanto. They are the first band to fuse heavy metal with flamenco music and the results are amazing. The mix of distorted and acoustic guitars fills the air with passion, rage and desperation while the rhythm section accentuates the feel of the music. Ihmaele's sultry voice switches effortlessly between the more metal parts of the song and the flamenco sections. The lyrics of "A Capa y Espada" are poetical and can be used by the learner to better understand the rhymic feel of the Spanish language and also the poetics of verb tenses. Find my exercises on the TES. 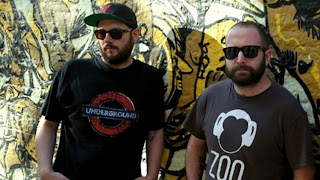 Los Chikos del Maiz is a political rap band from Valencia in the South East of Spain and their name is taken from the Stephen King book, The Children of the Corn. They formed in 2005 and are still making hip-hop music which has had wide appeal throughout Spain. Their concerts and music have been criticised by right-wing political groups and the group have also reported receiving death threats from ultra-right organisations. Their lyrics are great for the learner to increase their socio-political vocabulary and be aware of political issues in Spain that may come up in Spanish conversations. Find my exercises on the TES.