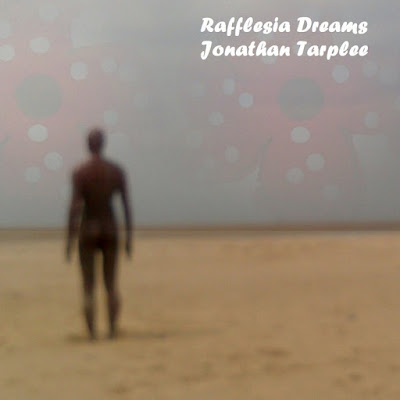 It's a solo album that features a couple of collaborative tracks with his band, The Blue Yellows, and also with another local musician, Jase Louth. I'll start off by saying that I love this album. I've known Jonathan for many, many years, and have heard him develop as a musician and I have to say that this album is one of the best that he has produced. The melodies transport you to dream worlds, particularly in Where The Golden Cornfield Light is Grown, while the rootsy folky acoustic guitar keeps you connected with nature, a connection that is apparent throughout the whole album. The lyrics of the songs show Jonathan not only as one that feels at peace in among the wilderness but also as a politically pensive poet who's songs The Animals are Revolting and Just Us Chickens are representative of his lyrical craft. He's certainly not one you should annoy, as Jonathan warns: "Watch Out! Or I'll stick you in my poem". But it still leaves the question: What is a Rafflesia dream? Well, apparently a Rafflesia is a really big plant that is from South East Asia. They are enormous, beautiful and slightly unnerving as their name, apparently, translates to "Corpse Flower". So maybe yes, dreams can be big, beautiful and always feature something a bit unnerving. But there is nothing unnerving about this album. It's beautiful and I hope it goes big! Buy it now: